The recent acquisition of Newport Wafer Fab, a semiconductor manufacturing facility based in Wales, has caused a wave of controversy. The plant has been acquired by Nexperia, Chinese-owned and headquartered in the Netherlands, which has led to concerns over the UK’s perceived loss of an important competitive edge in the semiconductor market. This is unsurprising given that, since the start of the COVID-19 pandemic, disruptions to the semiconductor supply chain have caused  shortages on a global scale, spurring governments worldwide to reflect on how to reduce their overreliance on other countries.

But is semiconductor self-sufficiency a viable proposition? And if so, what is the role of recruitment in supporting these national ambitions? 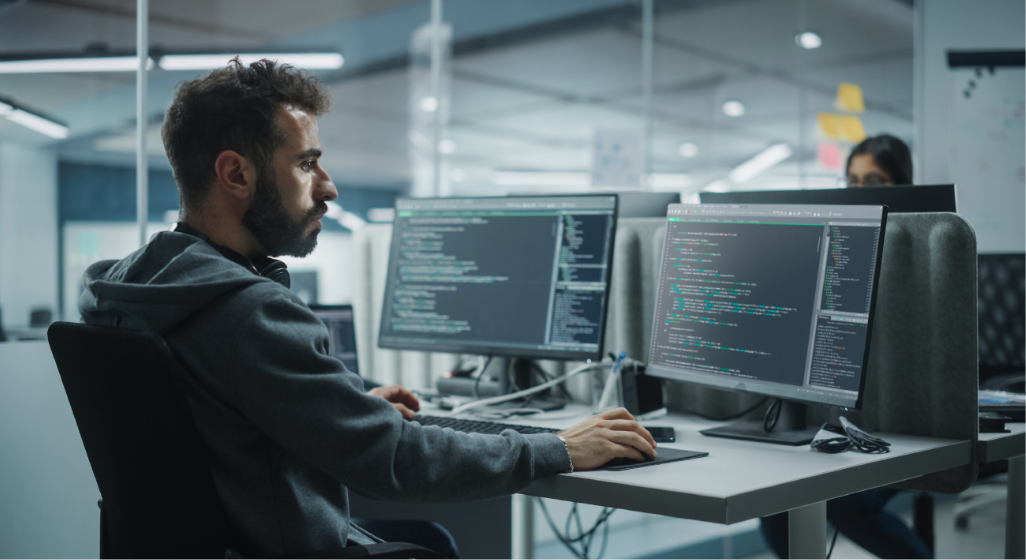 The 2020 chip crisis, as it’s been referred to by the media, was triggered by a variety of complex factors. These included pandemic-related shut-downs, a boost in the demand of consumer technology, tensions between the US and China, and natural disasters that impacted some of the world’s biggest semiconductor manufacturers.

However, the semiconductor supply chain was already fragile before the pandemic. The cost and complexity of producing semiconductors has resulted in very few companies manufacturing their own, while the rest of the world relies on a series of specialist semiconductor manufacturing facilities, known as fabs.

The semiconductor industry is famously characterised by geographical specificities, with certain countries dominating certain phases of the design and manufacturing process.

For example, South-East Asia is the leader in manufacturing, with Taiwan accounting for more than 50% of the global foundry market. On the other hand, the US is the front runner in design innovation, thanks to the fabless model pioneered by American semiconductor companies since the 1980s, where high-value design processes were dealt with in house, and lower-value manufacturing was outsourced. This means that, at the moment, complete self-sufficiency in developing and producing semiconductors is unachievable.

The race to self-sufficiency

The supply chain crisis has pushed several governments to rethink their procurement strategies, with many initiatives underway to retain and reshore production capacity.

For example, in February 2022 the European Commission proposed the European Chips Act, a framework aimed at strengthening the Union’s digital resilience thanks to the mobilisation of more than EUR 43 billion in public funds.

In the US, the Biden administration signed the CHIPS and Science Act, offering $52.7 billion to fund loans, grants and other programmes. At the same time, global organisations such as Google, Amazon, Microsoft and Apple have joined forces in the Semiconductors in America Coalition (SIAC).

The war for digital talent in the semiconductor industry

While governments worldwide have allocated substantial funds to boost their internal production capacity, money is not the only challenge for the semiconductor sector. A shortage of digital talent could seriously impact governments’ ability to implement their plans, even if adequate funding and infrastructure were available. For example, in the US a lack of qualified personnel is considerably slowing down reshoring initiatives. Manufacturers are putting pressure on the government to update the caps on high-skilled immigration, while designing schemes to upskill existing workers.

Recent research by Mckinsey reports that over the last ten years, a talent inflow of employees with digital and analytical skills has risen by 6% at integrated-device manufacturers (IDMs) and by 8% at fabless facilities, but that the industry is struggling to retain this talent. Their research adds that compared to competitors in the automotive and big-tech sectors, semiconductor companies score quite poorly on sentiment analysis, and that a new end-to-end recruitment and retention strategy is needed.

How TaaS can support semiconductor manufacturers

New educational curricula and initiatives to reskill existing personnel are a step in the right direction, but they might take years to bear fruit. To boost their recruitment efforts, semiconductor companies may need more immediate help.

In this sense, Talent-as-a-Service (TaaS) can offer much needed support, allowing semiconductor manufacturers to hire the best and brightest on a flexible basis. As opposed to the capital- and time-intensive process of hiring and training personnel in-house, TaaS allows companies to benefit from specialist knowledge only when needed. This approach reduces costs while maximising manufacturers’ chances to hire the best digital talent.

Implementing TaaS in your recruitment strategy

By collaborating with a TaaS provider, semiconductor companies can access a network of digital experts with a deep understanding of the platforms needed to develop silicon chips.

A TaaS leader can complement the digital skills of internal teams to offer much needed support for specific projects, or can be hired as dedicated teams to help businesses scale up their operations. Semiconductor manufacturers can also choose to delegate entire projects if required, freeing up internal resources to focus on other areas of business. This ensures that companies receive the help they need, when they need it, accelerating expansion strategies and making sure objectives are reached faster.

For example, at Mobica the many training and development opportunities available ensure deep knowledge in a wide spectrum of disciplines and technologies. Mobica has long-standing relationships with some of the world’s biggest players in the sector, who routinely rely on our experts to develop a wide variety of technologies, including drivers, BSPs, firmware, middleware and operating systems. Our expertise spans sectors as diverse as automotive, consumer electronics, manufacturing, aerospace, big tech, and retail and more, we fully understand the complexities of different product development cycles, from software integration to testing.

Finally, our commitment to flexible and hybrid work means that semiconductor manufacturers can recruit the best talent regardless of location, safe in the knowledge that our experts will seamlessly integrate with their teams.

Ultimately, TaaS can give companies the competitive advantage to advance a national agenda for increased semiconductor independence, allowing governments to move away from the supply chain volatility that triggered the 2020 chip crisis.

For more information on the present and future challenges of the semiconductor industry, download our free e-guide.
To find out more about TaaS and discuss your team’s requirements, contact our team today.

To move faster with BizDevSecOps technology, choose your tools carefully

When different business functions come together to cooperate on the development of IT services,...